The database lists the names and place of commemoration of the men and women of the Commonwealth forces who died during the two world wars. It also records details of the 67,000 civilians who died in the Second World War. It is possible to search by surname, date, war, rank, regiment, awards or any combination

Helpful  tips before you start Fill in as much information as you have, in the search box If you have the persons service number use it in the search box , but bear in mind that if they have changed regiments or service this will have changed. If you have Great War medals, look on the  edge of the round medals (back of the star) the regiment and service number can be found here.  Second war medals do not have the name or service number stamped on. If you don’t have the service number and the you come up with no results, try the following Use the middle name not the first name, sometimes people were called by their middle name. Use just an initial, first then second Try misspelling or use another spelling of the surname Remove the Regiment from the search.

The British Army Medal index card  can be quite useful, some may only have the name Regiment and service, other will show awards, place the person first entered the War

Tracing British battalions or regiments during the First World War

Unit war diaries, trench maps and photographs are just some of the sources held in The National Archives. This webinar looks at how to find these records, and use them.

These are service records of officers who served in the Royal Air Force during the First World War (1914-1918). This collection in series AIR 76 consists of the records of over 99,000 men. The records were created from the inception of the RAF in April 1918. However, they include retrospective details of earlier service in the Royal Flying Corps or Royal Naval Air Service.

Lives of the First World War

To view the 10.5 million military records and 469.5 million civilian records you will need to subscribe.

Records date from 1920 and may include:medals received medical records details about someone’s career, eg the units they served in date of death, if they died in service In some cases little or no information is available about someone’s military service.

You can apply for a copy of your own service records if you are, or have been, a member of the

You can apply for a copy of someone else’s service records if one of the following apply:

you’re their immediate next of kin, eg spouse or parent

you’ve got consent from their immediate next of kin

you have a general research interest – you’ll only have access to limited information, unless

they died more than 25 years ago

You will also find a link to the Births, deaths, marriages certificates at the top of the records page 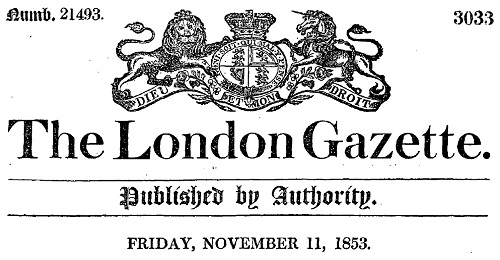 Search the London Gazette for entries relating to promotions and gallantry awards. Entries can appear some years after the event. It may not be easy to find what you are looking for, but preserver and you may well come across it. Click on the link below, then fill our the Search the Archives box and start your search.

Over 10 million searchable pages, from more than 200 newspaper titles from UK and Ireland

The Australian War Memorial combines a shrine, a world-class museum, and an extensive archive. The Memorial’s purpose is to commemorate the sacrifice of those Australians who have died in war. Its mission is to assist Australians to remember, interpret and understand the Australian experience of war and its enduring impact on Australian society.

The New Zealand War Graves Trust.  Where the photographs, research and background information  from the Trust’s project are lodged. You can search for a Casualty or a Cemetery.

The Volksbund provides information to relatives on all matters related to war graves, advises public and private institutions, promotes international cooperation in the area of war grave maintenance and encourages young people to come together to learn at the last resting places of war casualties. 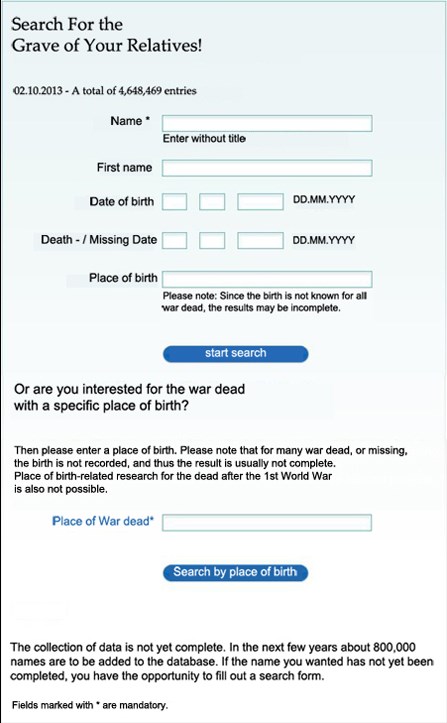 The American Battle Monuments Commission is a small independent agency of the United States government that administers, operates, and maintains permanent U.S. military cemeteries, memorials and  monuments both inside and outside the United States.

Iconic One Theme | Powered by Wordpress
error: Content is protected !!