The aftermath of the first day

The 1/6th Battalion Royal Warwickshire Regiment (part of the 11th Brigade) were due to attack the Heidenkopt (Quadrilateral redoubt) on the morning of the 1st of July 1916. At 07.20 am the Hawthorn ridge mine exploded about 1,500 yards to the right of their position. The British artillery barrage lifted and the Germans got ready for the coming attack, sweeping the British line with artillery and machine gun fire.

At zero hour the 1st Battalion Rifle Brigade and the 1/8th Royal Warwicks attacked the Heidenkopt followed by the 1/6th Royal Warwicks. Both the Rifle Brigade and the Royal Warwicks entered the Heidenkopt and some of the trenches behind. They had suffered heavy casualties from the machine gun fire coming from Serre.  The 1st Hampshire Regiment had attacked the Redan Ridge to their right. Some of the Warwicks and Rifle Brigade reached the Munich Trench which ran south of Serre. Heavy German counter attacks pushed the British troops back to the Heidenkopt, they managed to hold this until noon the next day, when German counter attacks forced them to abandon it. The average the fighting force of a Battalion would have been around 750 men.

We remember two of the 1/6th Royal Warwickshire Regiment from that day.

Henry’s body was never found. His is remembered on the Thiepval Memorial. Pier and Face 9 A 9 B and 10 B. He is believed to be the youngest casualty of the first day of the Battle of the Somme. 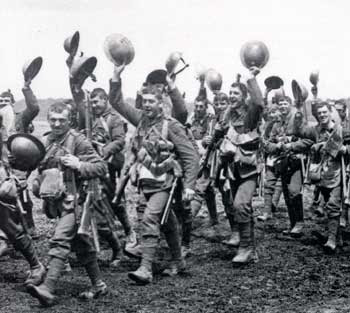 Iconic One Theme | Powered by Wordpress
error: Content is protected !!